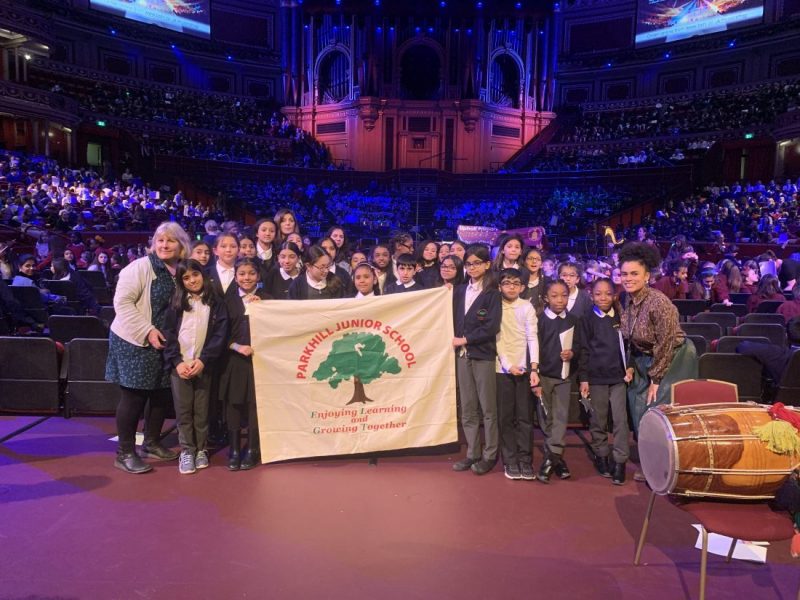 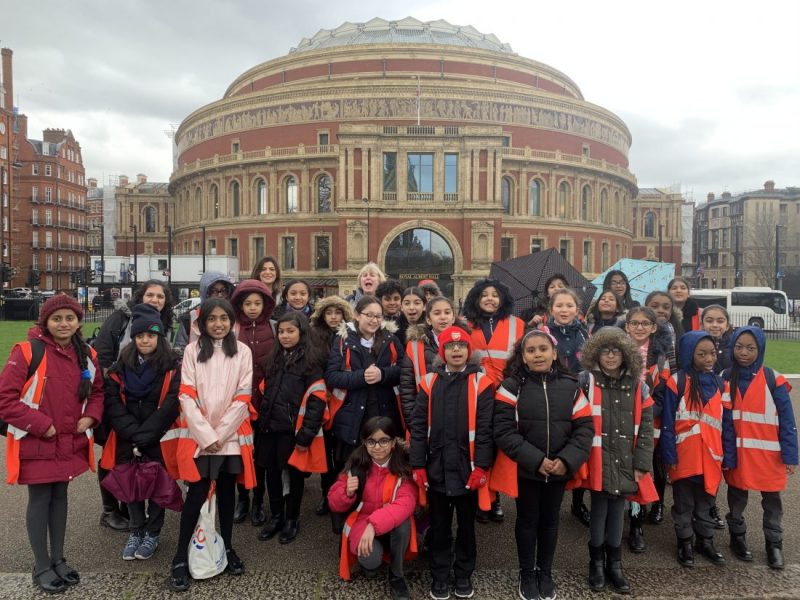 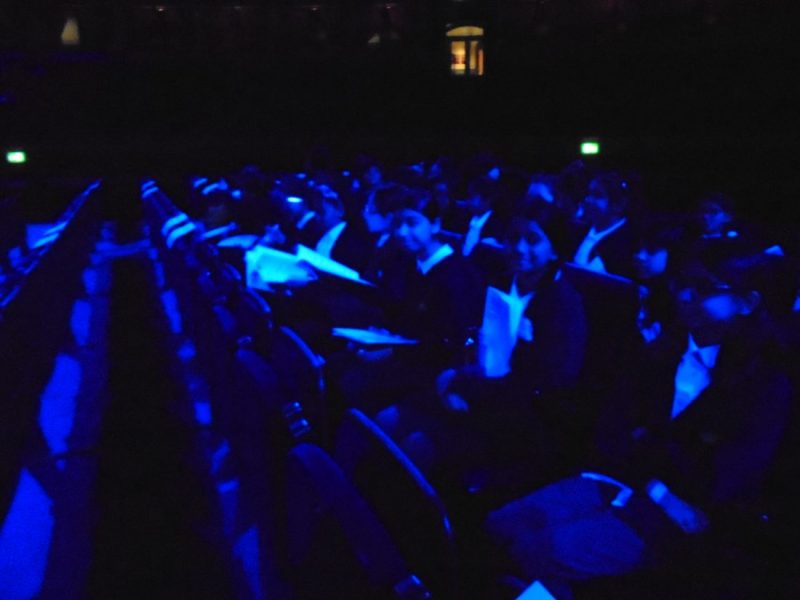 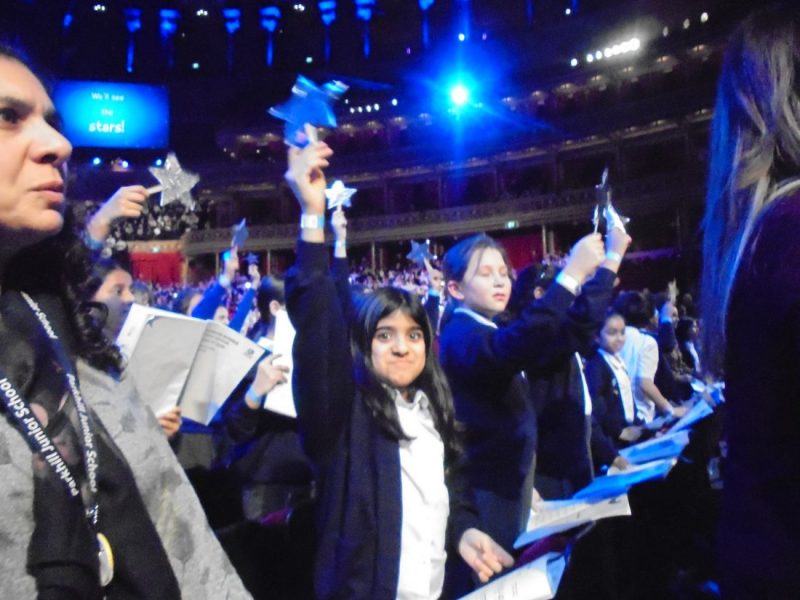 O​n Wednesday 4th March, our choir was privileged to take part in the Redbridge Schools Choral Festival at the Royal Albert Hall. The concert was a culmination of months of hard work, learning and perfecting the songs.  The theme of the concert was Voyages and Exploration and the songs took us on journeys around the world and into space. We were lucky to be accompanied by the Redbridge Philharmonic Orchestra.

“Singing at the Albert Hall with hundreds of children was an amazing experience.  The songs were enjoyable to sing, particularly when the secondary schools joined us. When the lights went down in the arena and the children shone their torches, it was magical.”- Mrs Wakefield