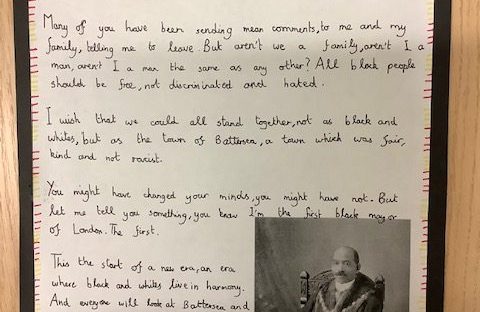 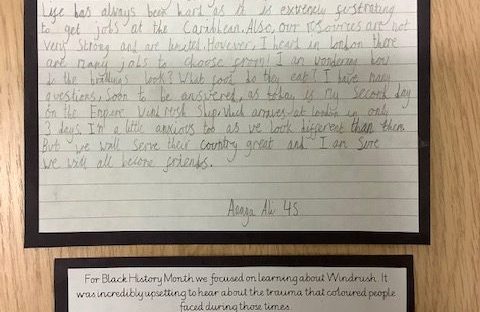 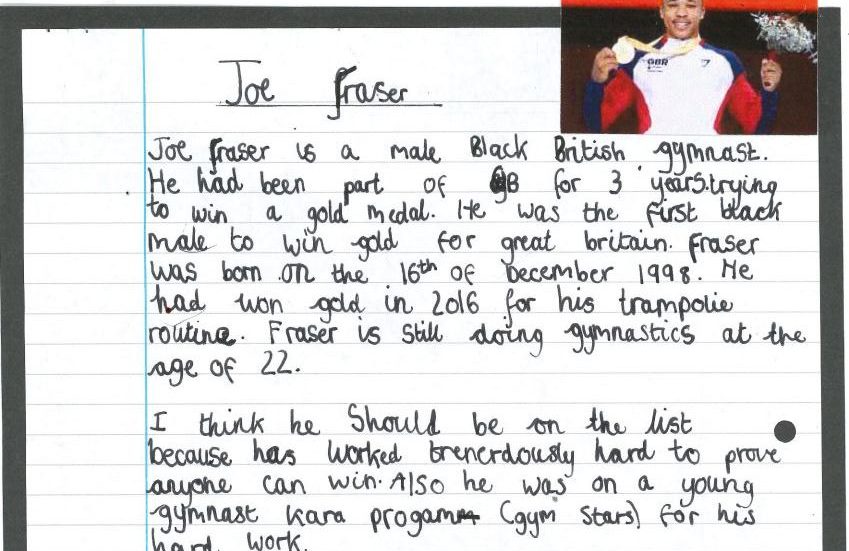 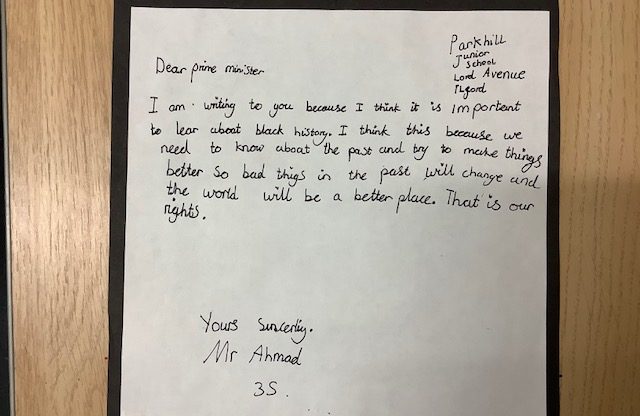 For Black History Month, the children learnt about the Windrush generation. They also learnt about John Richard Archer, who was the first black Mayor of Battersea.

Some people believed that John had no right to be mayor as he was black and he faced a huge amount of racism. In fact, one newspaper wrote about him: “It has always been that a white man will rule and it must always be so.” Despite much protesting, he won the election and become the mayor.

Year 6 wrote John Richard Archer’s acceptance speech having just become mayor. We thought about what he would want to say to his constituency, knowing that a lot of the people did not want a ‘coloured man’ as their mayor.